On March 8, 2007 20 women writers met at omni books to discuss setting up a women writers’ group, set up by Nabaneeta Sen. While a number of those present didn’t think it necessary to have a separate group for women, a few did agree to meet.

On June 28, the name chosen for the group was Gantha. It was decided that while men would be allowed to attend, they could only come as guests of the women members. The group was an informal one, with no president, vice-president, secretary etc. For a long time, Niaz Zamankept the register and sent out notices for meetings. Sabreena Ahmed then took over. She was followed by Jackie Kabir.

In 2017Gantha celebrated ten years of its existence. Some members suggested that it was high time that Gantha have a more formal structure. Several meetings were held to discuss the constitution. NiazZamanfelt that she had been at the helm long enough so happily gave over charge of the group to Papree Rahman. Afroza Tina, from Daffodil University became the Secretary in charge of sending meeting notices.

However, in 2019, some members of the group decided to disassociate themselves from Gantha and rename themselves.

Niaz Zaman had promised to bring out an anthology with writings by Gantha members, in English or in English translation. Accordingly, at the end of 2019, Gantha Miscellany, with stories and poems by 15 Gantha members, was published.

In 2020, Gantha could not meet because of Covid. However, from 2021, it was agreed that meetings would be held virtually until the pandemic is ove 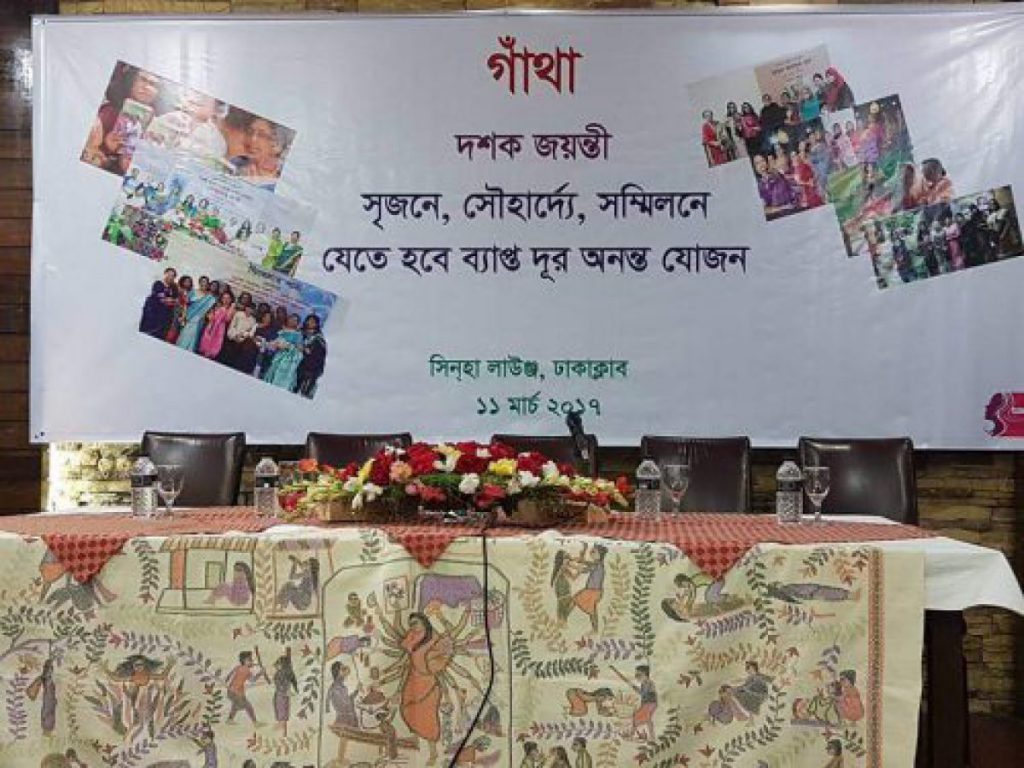 Discussion on Poet Begum Sufia Kamal and her works